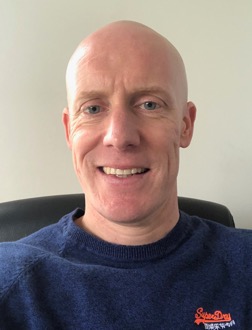 He trained at the University of Wales College of Medicine before embarking upon a career in surgery. His surgical training has taken him to University teaching hospitals in the South of England and also for a year as a Fellow in the Royal Adelaide Hospital in Australia. He is interested in training vascular surgeons of the future and is the Clinical lead for vascular surgery for The South and West Wales Vascular Network. He regularly is involved in reviewing the provision of vascular surgery and vascular access surgery on a regional and national basis. Chris is recognised as an experienced examiner for the United Kingdom examinations and European Board of Vascular surgery examinations.

Chris has great experience in modern varicose vein treatments and has been performing them for all of his career. He teaches ultrasound guided venous surgery and sclerotherapy to trainee surgeons locally and nationally

Based at Morriston Hospital in Swansea, Chris’ NHS work focusses on all aspects of vascular surgery including endovascular and open repair of Abdominal Aortic Aneurysms, Carotid surgery, Revascularisation of ischaemic legs and this is a service that he has helped to developed for the network in which he works.

“Modern surgical techniques, such as radiofrequency vein ablation, allows patients to experience great results, quickly and with less compromise to their daily life. Treatments can be performed as a ‘walk in, walk out’ procedure and patients can return to work the following day if they wish. My aim is to offer up-to-date, convenient and effective varicose vein treatments for all my patients.”